“I am so grateful to have the support of RightNOW Women PAC, a group that will make a big difference in my race against Senator Elizabeth Warren,” says Beth Lindstrom, Republican candidate for U.S. Senate from Massachusetts. “I will offer something new because Senator Warren’s routine is getting old, it’s getting worse, and it’s getting us nowhere. And the people of Massachusetts deserve more. No one contributes more to the negative dynamic in Washington than Elizabeth Warren. If we want a new tone, then we are going to need a new senator. I am honored to have the support of the strong women of RightNOW Women PAC.”

“I’m honored to receive the support of the RightNOW Women PAC,” says Jenifer Sarver. “It’s time to bring new voices to Washington and elect people who are committed to solving problems and working together to move our country forward. This seed funding will be instrumental in my campaign to reclaim core Republican values and restore civility and respect to the political process.”

“I sincerely appreciate RightNOW Women’s PAC’s support as I work to unseat liberal Sen. Tammy Baldwin next year,” said U.S. Senate candidate and Wisconsin State Sen. Leah Vukmir. “Just as I have in Wisconsin, we will fight together to promote free markets, individual responsibility and limit the size and scope of government.”

“Our vision to encourage and support qualified Republican women to Congress is stronger than ever,” says Jennifer Higgins, RightNOW Board Chair. As she shared recently in an interview with The Hill, Higgins believes, “We need to have more women that are Republicans that are outspoken and that people see as a different face of our party.” 2017 has been a robust year for making that happen.

“Not a week goes by that we don’t hear from a brand-new face wanting to get to know our members,” says Sue Zoldak, RightNOW PAC Communications Chair. “This is the busiest we’ve ever been with candidate meetings and outreach in an off year. One of the greatest strengths of RightNOW is that we invest so much time getting to know each candidate. We want to support them not just financially, but with the unique experience and resources that our members bring to the table. It’s inspiring when you see the relationships we develop grow over time.”

"For instance, take Beth Lindstrom whose career has involved work in both the public and private sector and she has helped drive success in everything from small startups to large government organizations. Beth was the first woman Executive Director of the Massachusetts Republican Party and subsequently served as Executive Director of the Massachusetts State Lottery. She brings the type of perspective and enthusiasm that women want to see in politics,” adds Rina Shah, Chair of Candidate Engagement.

"Women approach critical issues and problem solving in very different ways than men. That's why the important work of RightNOW PAC can't be understated,” says Congresswoman Stefanik. “With RightNOW PAC supporting strong, innovative, and intelligent women, who are bipartisan deal makers, we will continue moving in the right direction. I am so grateful for their continued support."

"I am grateful to RightNOW Women PAC for their generous contribution to my reelection campaign and for their tireless work to help elect strong women candidates,” says Congresswoman Tenney. “It's an honor to serve in Congress and work alongside RightNOW Women in an effort to insight meaningful change. I look forward to continuing to advance our values while inspiring the next generation of women leaders."

To learn more about RightNOW Women PAC’s history in supporting and inspiring Republican women to run for office or to schedule an interview with one of our Board Members, please contact [email protected]. 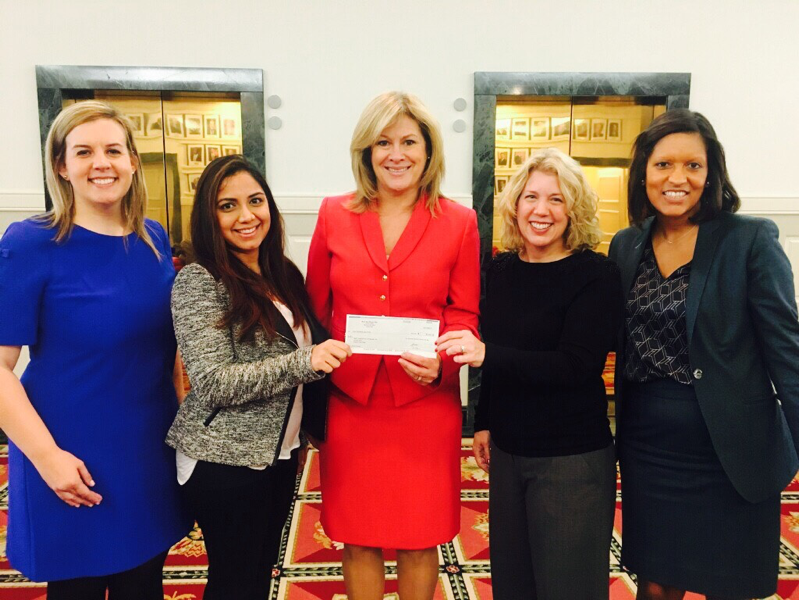